We live in the heart of the Irvington Neighborhood in Portland, Oregon. Portland is divided into (4) quadrants. The east and west sides are divided by the Willamette River and north, south quadrants by a main street, Burnside. Irvington is situated in Northeast Portland just a few miles from downtown.

A short history lesson: Portland's population boomed in the years after 1900, spurred by the 1905 Lewis & Clark Centennial Exposition. With the West side of the Willamette River fully built up, the City expanded to the east side trolley car suburbs like Irvington in the years from 1900 through 1929.

Upper middle class Portlanders built substantial Irvington houses in the styles common to the period -- Arts and Crafts, Craftsman, Colonial Revival, Prairie Style, Bungalow -- many with an inventiveness and creative touch freed from East Coast architectural proprieties. The lumber business was booming at that time and wood was in surplus.

The trolley car made Irvington. Before automobiles provided nearly universal mobility, the 5 cent streetcar fare offered ordinary citizens the opportunity to live more than walking distance from their work, and opened up the "suburban" areas of Portland east of the Willamette River to settlement. From its late 19th century beginnings, Irvington was planned as an upper middle-class residential area. Deed covenants set minimum values for new homes and imposed other restrictions. The result was slow but steady growth, and an unusually high quality of design and construction throughout the area. 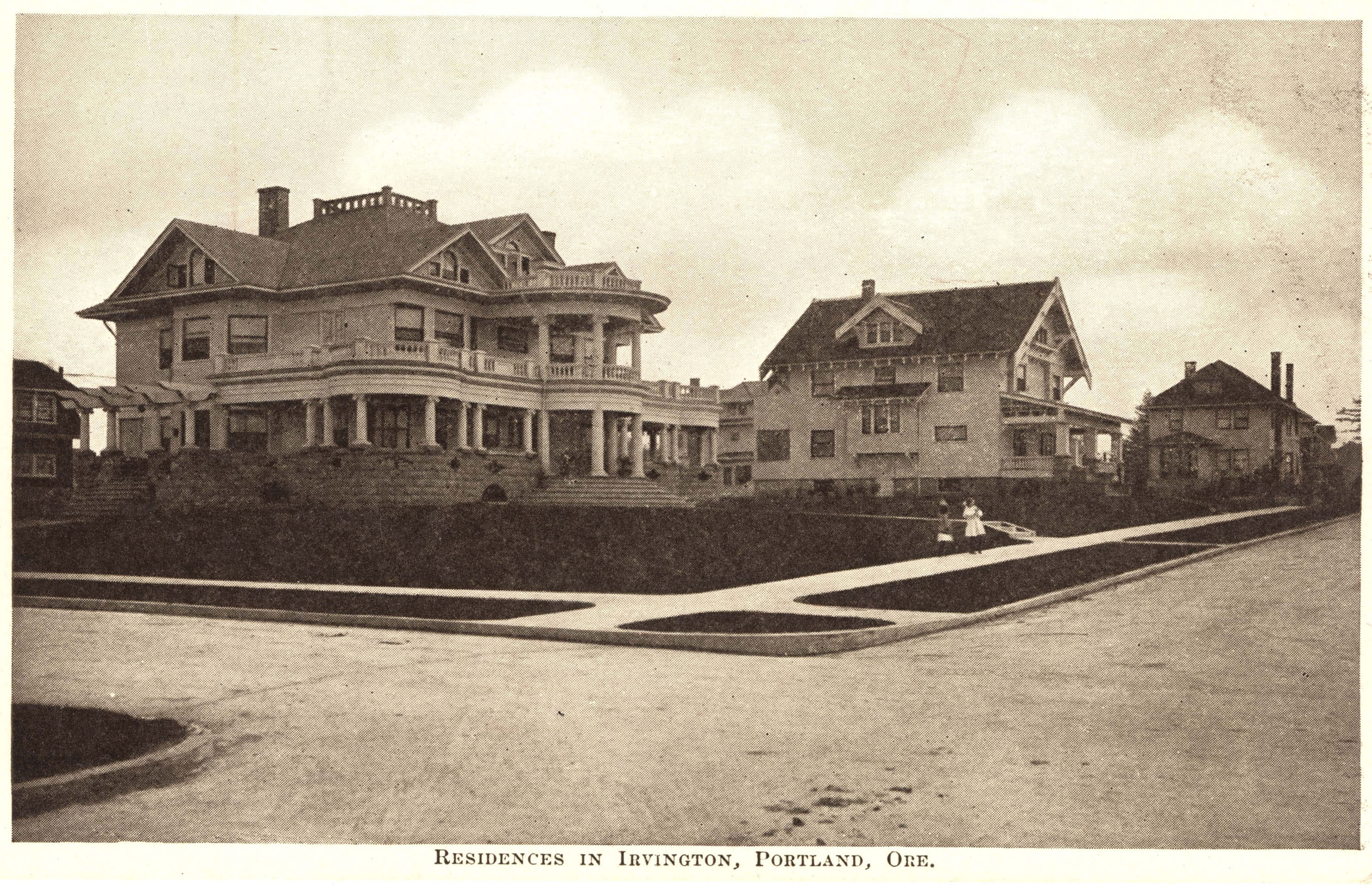